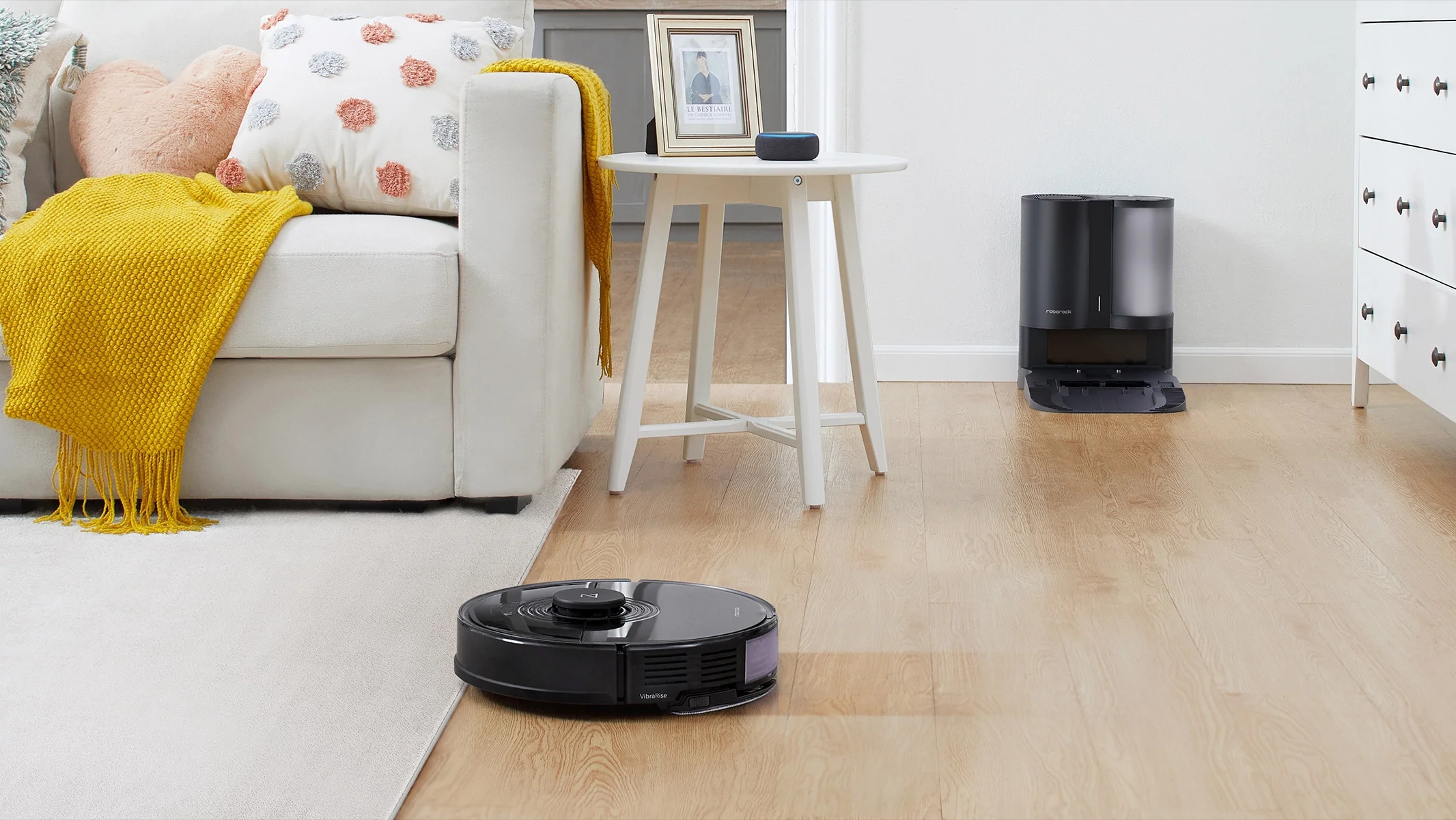 And for their 8th anniversary sale, they are bringing you some incredible deals on their range of smart robot vacuums and mops. For instance, save 37% on the Roborock S7 smart sonic mop available for just $409.99, or be one of the first 1000 people to buy a Roborock S7 MaxV Ultra mop and dock system for $1339.99 and get a Dyad upright vacuum for free, a total saving of $509.99. Read below to learn about all the deals on the best robot vacuums available now …

The Roborock S7 is the world’s first sonic mopping system, which can scrub floors up to 3000 times a minute to shift dried on dirt. This means it removes dirt most other robotic mops may leave behind.

And in addition to the sonic scrubbing, it features a rubber brush and powerful 2500Pa2 suction vacuum — and it can automatically lift up the mop when it detects carpet. It even use an onboard LIDAR scanner to accurately navigate around your room spaces, and automatically creates detailed maps of your home so you can customise its route.

The Roborock S7+ offers all the incredible features of the S7, plus it comes with an auto emptying dock. That means the vacuum can empty itself into a dust canister in the dock on its own, when it gets full — without having to disturb you. And the S7+ is also at its lowest price ever as part of this anniversary sale. Get the S7+ for $679.99 right now, down from its regular price of $949.98 – a saving of 28%.

The S7MaxV robot vacuums offer even more powerful 5100Pa2 suction, as well as ReactiveAI Obstacle Avoidance. It even has Siri Shortcuts integration, so you can control it using voice commands on your iPhone. Get the S7MaxV vacuum for $639.99 right now, a $220 saving and representing a 26% discount. That is another record low price for the company’s flagship model which launched earlier this year.

The S7 MaxV Ultra includes a super advanced dock with auto mop washing and auto tank refilling. It’s also on sale (until August 31), for just $1059.99 — 24% off its normal sale price.

Value for money robot vacuums and mops with great savings

In addition to the robots, Roborock also sells upright vacuums like the Dyad, which is the only dual roller motor, multi-roller wet and dry vacuum in the world. The Dyad features a suction system to leave floors clean and dry. Save 27% and get your Dyad for just $329.99.

The 8th anniversary sales runs from today, August 29, through September 2. So grab one of these incredible offers while you can and get a smart vacuum and mop for your home. And check out Roborock’s website for more information on their entire product range.