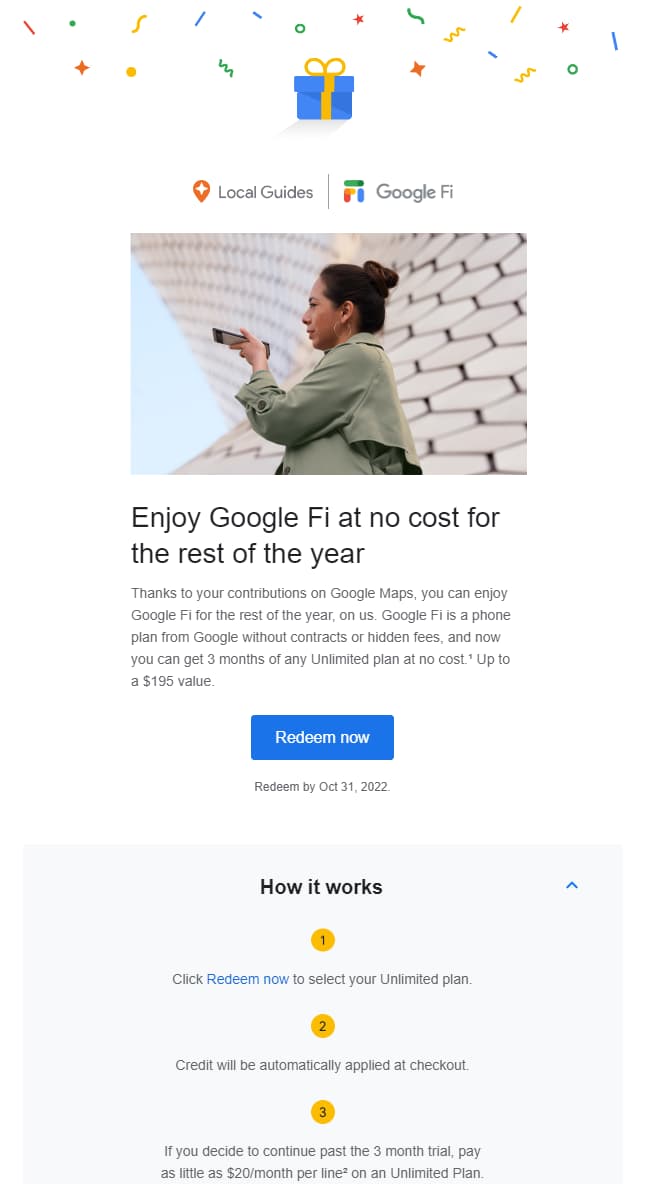 Google Maps reviews can sometimes earn you perks, and currently, some Local Guides are being offered Google Fi service free of charge.

A Google Maps Local Guide is someone who leaves reviews, photos, and further help curate the vast list of places and businesses listed on Google Maps using their own knowledge of the local area. It’s free to become a Local Guide, and it often results in some free perks as you rise through various levels of assisting on Maps.

Currently, some Google Maps Local Guides are getting a fairly big perk, with Google offering up a full year of its Fi service free of charge to some. The offer is being distributed over email under the subject line “[Name], your earned a reward.” The email goes on to explain that Local Guides are eligible to get Google Fi service for free through the end of the year.

Thanks to your contributions on Google Maps, you can enjoy Google Fi for the rest of the year, on us. Google Fi is a phone plan from Google without contracts or hidden fees, and now you can get 3 months of any Unlimited plan at no cost.¹ Up to a $195 value.

The offer is worth just shy of $200 and offers any Unlimited plan on Fi for free, though there is a considerable catch. To redeem the offer, you’ll need to be a first-time Fi customer and port-in your number from another carrier. Still, three months of free cell service is a solid offer on Google’s part, even if it’s not really a “no strings attached” sort of deal.

For those who were sent the offer, the promo code only works until October 31.