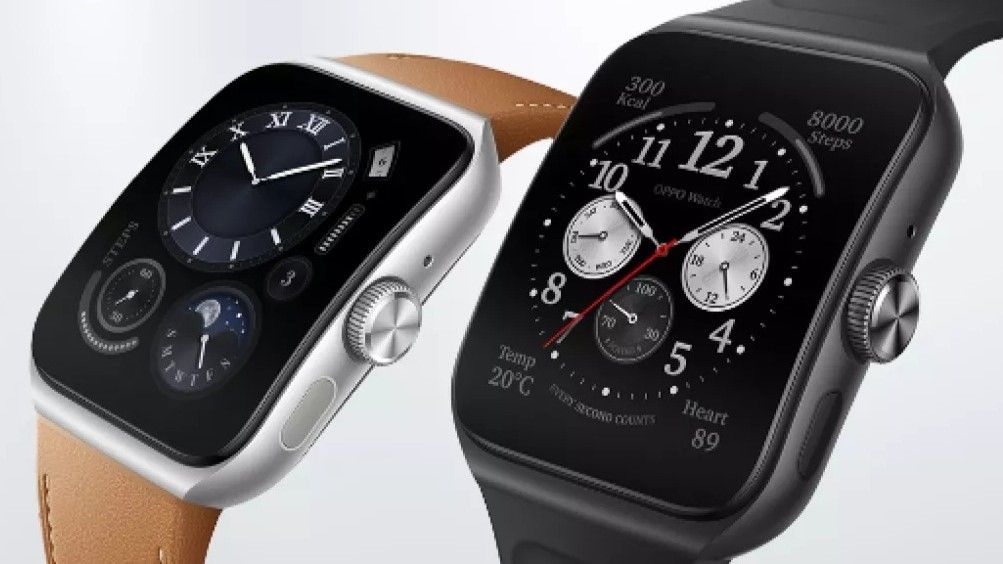 It’s no longer a secret that OPPO is gearing up to announce its next smartwatch this month, and a fresh set of leaked renders hints at an Apple Watch-inspired wearable device.

Courtesy of prolific leaker Evan Blass (opens in new tab), the OPPO Watch 3 has surfaced in official-looking renders showcasing the smartwatch’s design from almost every angle. The renders reveal a rectangular screen similar to the one on the OPPO Watch 2.

However, there are a few differences from the previous model, including a digital crown on the right side. Along with it, another flushed button appears to be sitting next to the crown. The OPPO Watch 2, on the other hand, only had a multifunction side button.

But it’s the display’s unconventional design that makes things interesting. The OPPO Watch 3 appears to have a slightly curved screen and chassis, unlike many of the best Android smartwatches, such as the Amazfit GTS 2 Mini.

It’s not as though smartwatches with a curved display didn’t exist before. The Amazfit X, for example, features an extra-tall screen that curves around your wrist. However, it doesn’t look practical for daily use: the super tall display forces you to tilt your wrist up and down in order to properly view what’s on the screen. Because the narrow screen displays small fonts, you’ll have to squint.

Unfortunately, there isn’t much information available about the OPPO Watch 3 right now, other than the fact that it will be powered by Qualcomm’s Snapdragon W5 Gen 1 chipset. The processor promises a 50% increase in battery life as well as twice the performance of its predecessor.

However, if a recent rumor is correct, OPPO should not be too far away from announcing the watch. Digital Chat Station previously claimed that the OPPO Watch 3 will be unveiled on August 10, in conjunction with the Samsung Galaxy Watch 5 series unveiling.

It will presumably ship in silver and black color variants as suggested by the leaked renders, though additional colorways could be in the cards.